Some photos I've taken the past month.

This tree, iirc a maple, had grown into a sidewalk, and had these branches cut. It then looks like the water in the tree flowed out like from a tap, freezing into these really cool icicles. (29 March 2022) 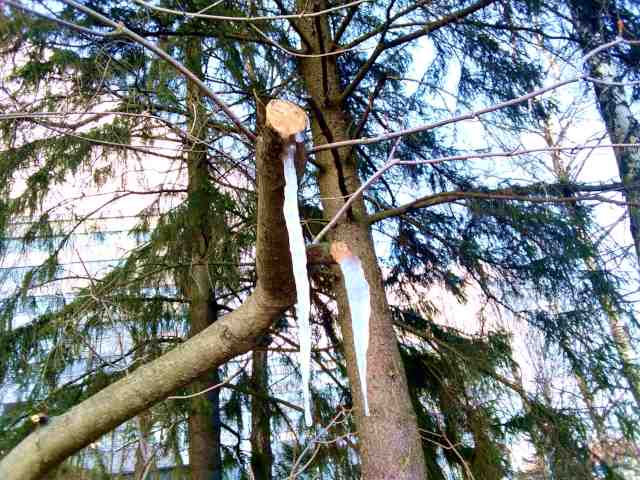 Three weeks ago there were small citrus trees for sale in Lidl, for €29,90 each. I didn't buy one; I don't have the space or skills to care for one, nor do I live in a climate where they'd survive outside. I was rather tempted, though. (March 17th, 2022) 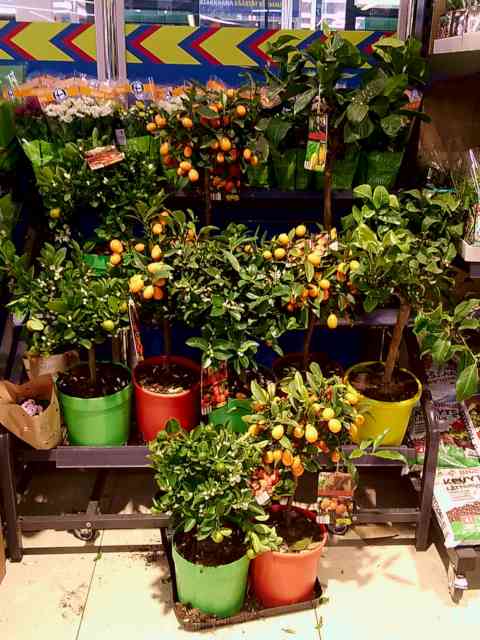 During the last week of February the ad screens on the metro ran this ad for a gym. It looks like it was drawn in MS Paint, graphic design is my passion etc. 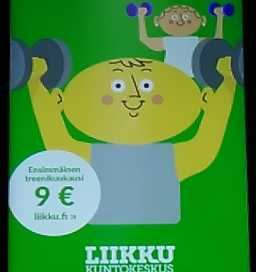 In the outskirts of the eastern Myllypuro district of Helsinki there's an industrial area, containing among other things the metro depot, the under-construction eastern tram depot, and the metro test track, which runs mostly underground. From a trunk route bus (soon to be replaced by a tram) one can also see this door, embedded in the rock. I suspect it has something to do with the test track It has a funny little concrete roof covering it, and I've always wondered why; I wouldn't think the test track really needs a frequently-accessed side entrance, and the door itself looks quite uninviting. 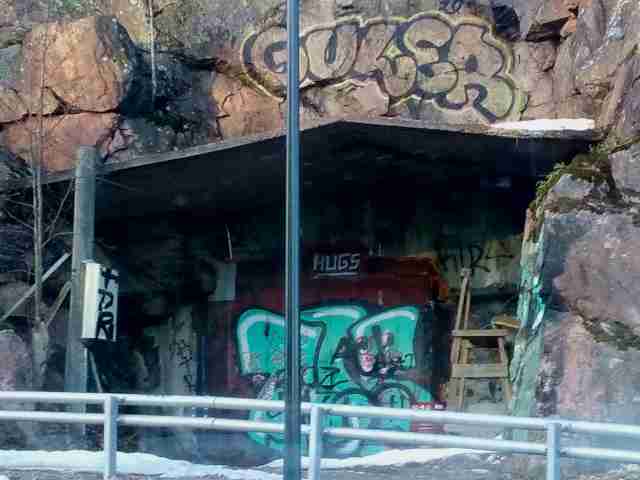 Yesterday, March 8th, 2022. Looking northwards from the Kalasatama metro station, an area of new developments; a rather cold and grey day, winter made a return this past week. There's a flag of Ukraine flying outside the Statistics Finland building, one can see them here and there, even on the metro's ad screens. I wonder how long it'll stay there – it seems like the war is going to be protracted. The flag of Finland was also flying that day; it's not up every day, but follows a calendar, and March 8th was International Romani Day. 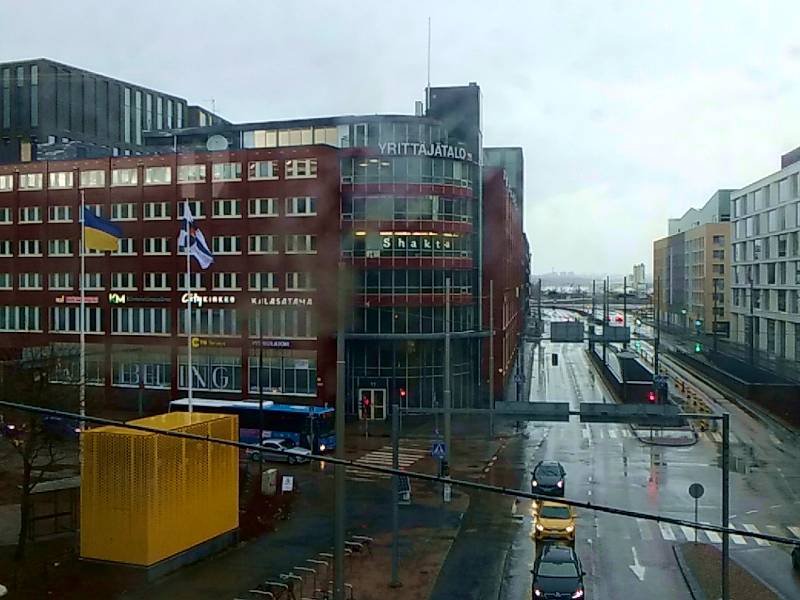